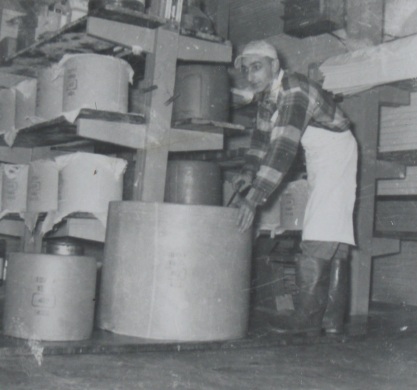 Mom and Dad met one day when she brought milk on a dog-cart to the cheese factory where my dad worked, near her family’s farm in a village outside Zürich.

She was seventeen, smart and beautiful; he was twenty-three, strong, handsome and just as hard-working and intelligent as she was.

And he made her laugh.

He didn’t want to fall in love; he knew he was leaving for Canada. He told her there was no future for him in Switzerland.

“Forget about me,” he said.

She cried and knew she couldn’t.

Two years later, she left her homeland and travelled on the SS Atlantic to Montreal. On the passage, she befriended a kind woman. Her parting words to my mother were, “If he’s not the same man you once knew, get right back on the boat and go home.”

“You were so brave,” I said to her sixty-three years later. “That was a hard thing to do.”

Jesus knows what she’s talking about. He once said, “The kingdom of heaven is like treasure hidden in a field. When a man found it, he hid it again, and then in his joy went and sold all he had and bought that field.”

Nothing is more practical than finding God, that is,
than falling in love in a quite absolute, final way.
What you are in love with, what seizes your imagination
will affect everything.
It will decide what will get you out of bed in the mornings,
what you will do with your evenings,
how you spend your weekends,
what you read,
who you know,
what breaks your heart,
and what amazes you with joy and gratitude.
Fall in love, stay in love,
and it will decide everything.
— Fr. Joseph P. Whelan, SJ 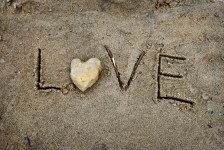 I heard this story from a friend whose sister and brother-in-law are on a medical team in Nepal.

“A few days after the Nepal earthquake, the medical team headed up to the worst affected area to see what help they could give. They found a lot of destruction but few injuries. The team did what they could but left feeling like they’d only applied a band-aid to a massive wound.

“When they returned to the area recently, the villagers expressed deep gratitude for what the medical team had done. The team was surprised and humbled to learn that their visit had made a significant impact. Apparently, it helped the people of the village start the process of tidying up and rebuilding, while other villages have remained in a state of shock.”

Esther is a spiritual director and writer. She lives in Burnaby with her husband, Fred, and they have two grown children and two grandchildren.
View all posts by Esther Hizsa →
This entry was posted in Popular Posts, Stories and tagged Daniel Bonnell, Esther Hizsa, Fall in love stay in love, Fr. Joseph P. Whelan, Matthew 13:44, medical team, Nepal, Nothing is more practical than finding God, Pearl of Great Price, Pedro Arrupe, spiritual director, spiritual director Burnaby. Bookmark the permalink.

5 Responses to Love Decides Everything