The Legend of La Loba

There is an old woman who lives in a hidden place that everyone knows but few have ever seen. . . . The sole work of La Loba, [the Wolf Woman], is the collecting of bones. She is known to collect and preserve especially that which is in danger of being lost creatures: the deer, the rattlesnake, the crow. But her specialty is said to be wolves.

She creeps and crawls and sifts throught the montañas, mountains and arroyos, dry river beds, looking for wolf bones, and when she has assembled an entire skeleton, when the last bone is in place and the beautiful white scuplture of the creature is laid out before her, she sits by the fire and thinks about what song she will sing.

And when she is sure, she stands over the creatura, raises her arms over it, and sings out. That is when the rib bones and leg blones of the wolf begin to flesh out and the creature becomes furred. La Loba sings some more, and more of the creature comes into being; its tail curls upward, shaggy and strong.

And La Loba sings more and the wolf creature begins to breathe.

And still La Loba sings so deeply that the floor of the desert shakes and as she sings, the wolf opens its eyes, leaps up, and runs away down the canyon.

—Clarissa Pinkola Estés, Women Who Run With the Wolves

Hope leaps up in me when I hear the legend of La Loba (known in other lands as La Huesera, Bone Woman or La Trapera, The Gatherer). My soul declares, “It’s true. It’s true. That woman is God and I am the wolf. God is enlivening us all.”

My mind concurs. Ezekiel and the valley of dry bones, the shepherd that searches for the lost sheep, the prophet Zephaniah who sees God rejoicing over daughter Israel with singing are echoes of the same story. They’re stories of the resurrection and the coming of the kingdom.

God is always at work, searching relentlessly for the lost parts of ourselves, our communities, the earth and everything in it–and breathing life into us.

When I live out of this truth, I can trust that I will receive what I need to be whole. I don’t need to take it from someone else. Nor do I need to remain victimized by what’s been taken from me.

La Loba keeps collecting bones and bringing wolves to life; that is our work too. Every time I pause to hear God singing over my bones, I rise up with new eyes to see the lost bones of others. What song shall I sing over them? 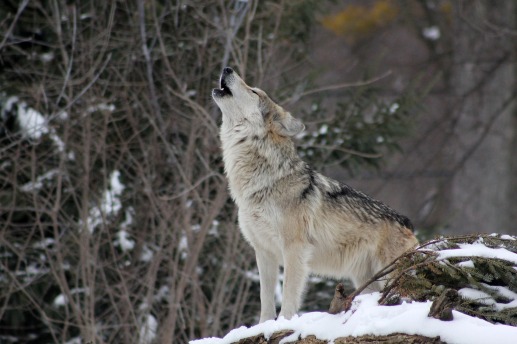 When You send out Your breath, life is created,
and the face of the earth is made beautiful and is renewed.
–Psalm 104:30 (Voice)

Maya Angelou (1928–2014) was an American poet, singer, memoirist, and civil rights activist. She published seven autobiographies, three books of essays, several books of poetry, and is credited with a list of plays, movies, and television shows spanning over 50 years. In this video,  Maya Angelou shares how she was liberated by love. It brought me to tears. I just had to share it with you.