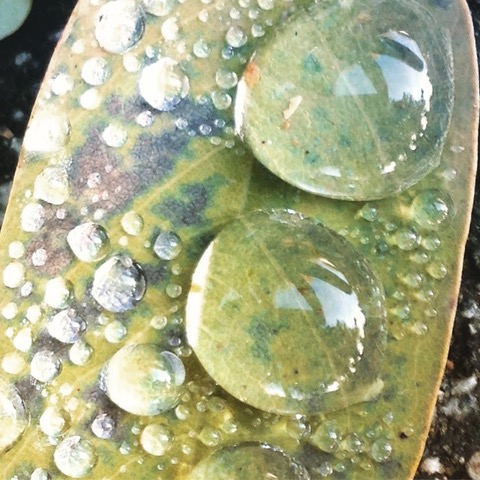 Everything belongs: God uses everything.
There are no dead ends. There is no wasted energy.
Everything is recycled.
–Richard Rohr, Everything Belongs

Saturday morning of the opening weekend of Living from the Heart in Abbotsford, we gathered for morning prayers in the Mark Centre. Audrey led with a few words from the printed liturgy that helped us open to God and to the day. Then we paused to listen to a song. We were well into it when I noticed that the name of the song written on the page I held was not the one I was playing. That was unsettling.

We were a new team, in a new location, in a new retreat space, offering the Living from the Heart course in a new format. “That’s a whole lot of new,” God seemed to say when we arrived. “Be gentle with yourselves.”

I looked around the room. People had their eyes closed and were drinking in the sound and images. I chose to let it be and as I did, I realized that I could play the “right” song at the end, and I did.

It wasn’t the way it was supposed to go, but I’m intentionally not using the word “mistake” to describe what happened. As Richard Rohr says, “God uses everything.” Could it be that the “wrong” song was just what someone needed to hear at that moment?

The idea that everything belongs was a theme we taught and lived as the weekend unfolded. God used whatever happened–planned and unplanned–to love and heal us and to deepen our love for each other. Some divine love mischief was happening. I’d love to tell you specific examples, but that would be telling tales out of school.

On the opening night, before we invited everyone to share a bit about themselves, we reviewed Parker Palmer’s Circle of Trust Guidelines. One of those guidelines says, “When the going gets rough, turn to wonder.” That’s been my invitation when life doesn’t go the way I’d like it to–when I lose my passport, play the wrong song, or meet a part of myself I’m not so fond of.

The journey from “Oh No!” to “Oh, well” begins with an uncomfortable surprise, at best or a shock, at worst. I feel anxious, concerned, sometimes panicky. I’m learning to feel what I feel, hold Jesus’ hand, and breathe through it, the way I did with labour pains that heightened and passed before our son was born.

Ever since I was young, when life didn’t go the way I wanted it to, I labelled it “bad.” But the story of the farmer has moved me to a “maybe.” Maybe it’s not good or bad. Maybe it just is. Maybe God is birthing something wondrous in it–and in us.

God changes water into wine, death into life, and a new team of facilitators into friends of the Bridegroom. That fills me with wonder.

Every detail in our lives of love for God is worked into something good.
—Romans 8:28 (The Message)

I’m so grateful to be co-facilitating  SoulStream’s Living from the Heart (Abbotsford) with Audrey Hoehn and Brent Unrau. I’ve learned so much from them, and they are a lot of fun. SoulStream is a dispersed contemplative Christian community that seeks to live authentically with Jesus by encouraging one another to receive the gift of God’s intimate and loving presence in all of life.

2 Responses to Turn to Wonder