Frogs in My Bowl 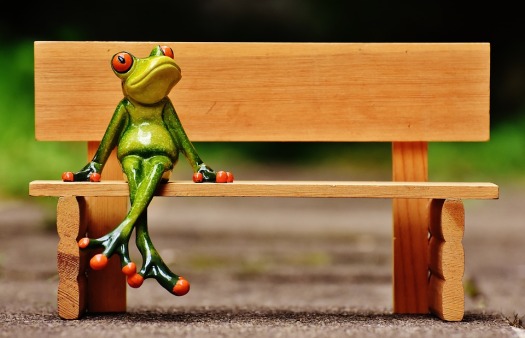 I checked my pockets for the third time, but my new credit card wasn’t there.

“I was sure I brought it along,” I said to Fred anxiously. Then I remembered that a bunch of my cards fell out of my pocket while we were on the ferry to Langdale. I thought I’d picked them all up, but what if I missed one?

“Maybe we should call the credit card company,” I suggested. But we didn’t have a record of the card’s number with us, and we wouldn’t be home again until the following evening. A frog had jumped out of my bowl, and it wasn’t coming back.

“To move forward is to give up on ‘getting all the frogs in the bowl,'” Seth Godin wrote in the foreword to Pema Chödrön’s fail fail again fail better. “Perhaps your job in life, your purpose, is to get all the frogs in a bowl and keep them there. As soon as we get a few frogs in the bowl, they jump out, and we have to start all over again. Wouldn’t it be great, we wonder, if we could just find stability, if everything would work out just the way we hope, if finally, finally, all the frogs were in the bowl.”

Yes! I want all my frogs in the bowl, and I want them to stay there. But for weeks now, God has been inviting me to give up on that.

Fred and I had been planning our overnight bike trip on the Sunshine Coast for a while. I didn’t want to spoil it by stressing over the missing credit card. Here was an opportunity to fail better by “welcoming the unwelcome” and the raw feelings that come with it.

Anxiety had taken a seat in my chest next to my heart. I pedalled up and down hills as it rattled off one what-if after another. Eventually, it stopped talking, and I was able to enjoy the scenery. I even had a good night’s sleep and enjoyed the return ride down the coast.

As soon as we arrived home, I checked the wallet I’d left behind. Thankfully, my new credit card was there. I must say, I enjoyed having that frog in my bowl. All was right in my world. I wondered if the frogs would stay still long enough for a photo op. 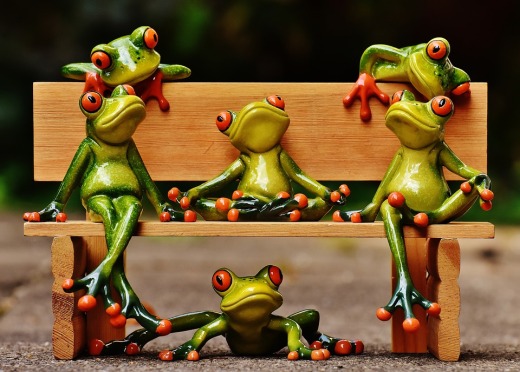 God will bring people and events into our lives,
and whatever we may think about them,
they are designed for the evolution of God’s life in us.
— Father Thomas Keating

Prince Ea is an American spoken word artist, poet, and filmmaker who started and popularized the “Make S.M.A.R.T Cool” movement to promote values like intelligence, free thought, unity, and creativity in hip hop music and culture. In this video, he tells a story which is also in Pema Chödrön’s book, fail fail again fail better. The story invites us to welcome the unwelcome with curiosity and open to the gift in all things. This theme is also found in Ignatius’s Prayer of Examen, Jean-Pierre de Caussade’s classic, The Sacrament of the Present Moment, and Richard Rohr’s Everything Belongs and Romans 8:28.

2 Responses to Frogs in My Bowl