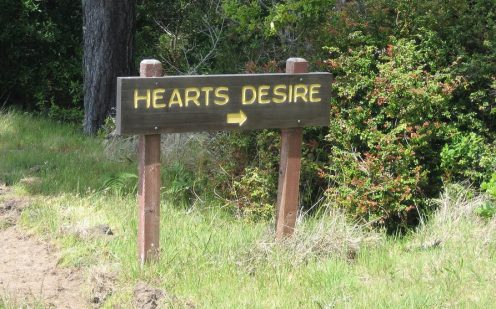 I ended my eight-day retreat with a keen desire to be more compassionate. But within days, I acted on a judgment and hurt someone.

Chödrön explains that when we fail, we tend to move away from the rawness we feel and blame others or ourselves. In my case, I blamed myself for being judgmental and thoughtless.

Instead of assuming my failure was bad and believing there was something wrong with me, God invited me to fail better: to feel the discomfort of what happened and hold it with curiosity.

When we fear or experience the devastation of failure, Chödrön says,

“You can say to yourself . . . ‘Yes, this doesn’t feel good, and yes, my knees are actually trembling, but I’m going to stay with this: I am going to explore this . . .’ You are offered the potential of opening up into the as-yet unknown, the much bigger world . . .”

So with knees trembling, I welcomed God’s presence and action in my feelings of failure, as I do when I pray the Welcoming Prayer. I gazed into the eyes of Love and felt accepted. God wasn’t disappointed in me for not having more compassion. Nor did God blame me for being judgmental.

I had thought that if I wasn’t so judgmental, I would be more compassionate. But my Creator didn’t seem to share my point of view. As a One on the Enneagram, judgment will likely be a lifelong companion. What if I welcomed it as neither good nor bad?

What came to mind was what I have begun to notice. When someone does something incorrectly or morally wrong, I feel uncomfortable.

I recalled a recent conversation with a fellow who spoke unkindly about someone. My discomfort made me want to stop him or distance myself from him. But as I stayed with my discomfort without acting on it, I became curious about why he said what he did. I saw how hurt he was. I heard his desire to be loved and accepted.

A “much bigger world” opened up to me. My judgment was the doorway to compassion.

“From now on I will tell you of new things,
of hidden things unknown to you.
they are created now, and not long ago;
you have not heard of them before today.
So you cannot say,
‘Yes, I knew of them.’”
–Isaiah 48:6,7

Pema Chödrön is no stranger to failure. Her world fell apart when her second marriage ended. “It was the worst time of my life,” she wrote in fail fail again fail better, “and it resulted in a really good life that has a lot of happiness and well-being . . ..” Chödrön (born Deirdre Blomfield-Brown July 14, 1936) is an American Tibetan Buddhist nun. She has written several dozen books and is principal teacher at Gampo Abbey in Nova Scotia, Canada.  Chödrön has many videos on Youtube. I  particularly like this one on Tonglen Prayer. As a Christian, I practice this prayer of compassion by breathing in the suffering of another into Christ in me and breathing out the peace of Christ for them.