Caught in the Act

The religious leaders were ready to stone her. But Jesus defended the woman caught in the act of adultery. “Let any one of you who is without sin be the first to throw a stone at her,” he said. One by one they dropped their stones and left.

I easily imagine myself as that woman. Regularly I am unfaithful to Love in thought, word or deed. As soon as I see what I’ve done, a whole gang of religious critics in my head are ready to stone me. But Jesus intervenes with de Mello’s words, “Leave yourself alone.”

He sits on the ground with me and waits for the critics to leave. I see tenderness in his eyes. “Where are they?” he says. “No one condemns you?”

It takes a minute for his words to sink in. I am loved just as I am: unchanged.

But I know how the story goes. I prepare myself for this grace to be short-lived. Like a chameleon, Jesus is about to become like all the other religious leaders and scold me. He’s going to tell me to leave my life of sin. Fat chance of that.

But when Jesus speaks, I don’t hear, Stop being so bad. I hear, Go ahead, you can leave your life of sin. You don’t need it. 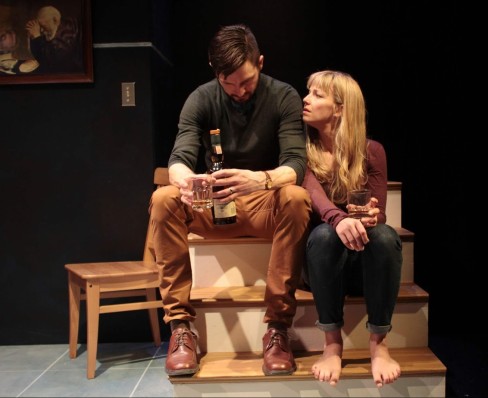 To illustrate his point, I am reminded of the play I just saw at Pacific Theatre. In Common Grace, Colleen has had an affair with Mark, a married man. Her sisters, mother, pastor, and Mark’s wife all tell her–with and without expletives–how this affair has hurt them. Yet Colleen remains unaffected by their speeches. Mark is her one true love, and she still dreams of a life with him. But when she unexpectedly experiences acceptance, she is confused. With this taste of real love, suddenly Mark’s is less desirable.

In the play of my life, I say to Jesus, “I see now how it works. Your Love is real, exposing other ‘loves’  that are counterfeit. Then, theoretically, I won’t want them anymore. But there’s a trick. It’s not thinking about love, or knowing I am loved that frees me. It’s allowing myself to be loved. And that’s &#%!@? scary.”

Wait a minute. That last line isn’t in the script. Where did that come from? 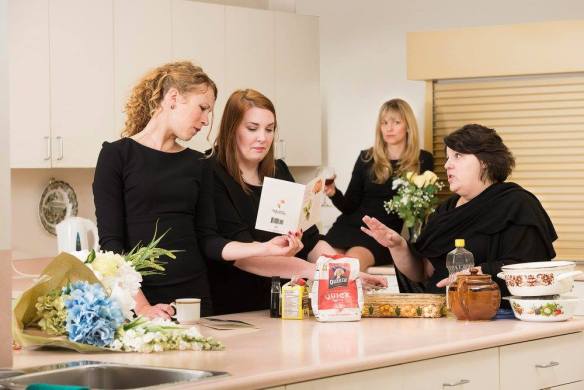 At dawn he appeared again in the temple courts, where all the people gathered around him, and he sat down to teach them. The teachers of the law and the Pharisees brought in a woman caught in adultery. They made her stand before the group and said to Jesus, “Teacher, this woman was caught in the act of adultery.  In the Law Moses commanded us to stone such women. Now what do you say?”  They were using this question as a trap, in order to have a basis for accusing him.

But Jesus bent down and started to write on the ground with his finger.When they kept on questioning him, he straightened up and said to them, “Let any one of you who is without sin be the first to throw a stone at her.” Again he stooped down and wrote on the ground.

At this, those who heard began to go away one at a time, the older ones first, until only Jesus was left, with the woman still standing there.  Jesus straightened up and asked her, “Woman, where are they? Has no one condemned you?”

“Then neither do I condemn you,” Jesus declared. “Go now and leave your life of sin.”
PUT_CHARACTERS_bbbbbbbbbbbbbbbbbbbbbHERE–John 8:2-11

Questions for your Lenten pilgrimage:

“Pacific Theatre aspires to delight, provoke and stimulate dialogue by producing theatre that rigorously explores the spiritual aspects of human experience. In over 30 seasons, Pacific Theatre has produced more than 120 professional mainstage productions ranging from established works to original world premieres featuring some of the top theatre artists from Vancouver and across the continent.” Thanks to Ron Reed, founding artistic director, and the PT community for over thirty seasons of love mischief!

5 Responses to Caught in the Act