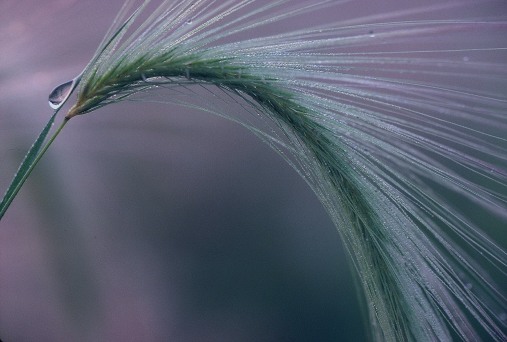 A friend of mine recently returned from a three hundred kilometre pilgrimage in the United Kingdom. She and her husband walked twenty-five kilometres a day, much of it in silence. As they walked, she experienced a deepening stillness that enabled her to see far more than she had when they set out. She said, “At first I took photographs of things I wanted to remember; by the end I was taking pictures of what I saw.”

I felt drawn to the inner stillness that opened her eyes in the same way Jesus opened the eyes of the man born blind.

It never ceases to amaze me that the first thing that man ever saw was Jesus–standing right in front of him.

Jesus is right in front of us. Psalm 139 attests that there is no place we can possibly be where God is not, even in the darkest night of depression, pain, or grief. But often we don’t see him.

Perhaps it is because we are moving too quickly.

If there was ever a person honed in the art of slowing down and seeing God in her everyday life, it is Annie Dillard. She writes,

When I was six or seven years old, growing up in Pittsburgh, I used to take a precious penny of my own and hide it for someone-else to find. It was a curious compulsion; sadly, I’ve never been seized by it since. For some reason I always “hid” the penny along the same stretch of side-­walk up the street. I would cradle it at the roots of a sycamore, say, or in a hole left by a chipped-off piece of side-walk. Then I would take a piece of chalk, and, starting at either end of the block, draw huge arrows leading up to the penny from both directions. After I learned to write I labeled the arrows: SURPRISE AHEAD or MONEY THIS WAY.  I was greatly excited, during all this arrow-drawing, at the thought of the first lucky passer-by who would receive in this way, regardless of merit, a free gift from the universe. But I never lurked about. I would go straight home and not give the matter another thought, until, some months later, I would be gripped again by the impulse to hide another penny.

It is still the first week in January, and I’ve got great plans. I’ve been thinking about seeing. There are lots of things to see, unwrapped gifts and free surprises. The world is fairly studded and strewn with pennies cast broad­side from a generous hand. But–and this is the point­–who gets excited by a mere penny? If you follow one arrow, if you crouch motionless on a bank to watch a tremulous ripple thrill on the water and are rewarded by the sight of a muskrat kit paddling from its den, will you count that sight a chip of copper only, and go your rueful way? It is dire poverty indeed when a man is so malnourished and fatigued that he won’t stoop to pick up a penny. But if you cultivate a healthy poverty and simplicity, so that finding a penny will literally make your day, then, since the world is in fact planted in pennies, you have with your poverty bought a lifetime of days. It is that simple. What you see is what you get.

O Generous God,
help us slow down
and walk with you
in eye-opening stillness.
Amen.

Esther is a spiritual director and writer. She lives in Burnaby with her husband, Fred, and they have two grown children and two grandchildren.
View all posts by Esther Hizsa →
This entry was posted in Mindfulness, Prayer and tagged Annie Dillard, Ed Dahl, pilgrimage, stillness. Bookmark the permalink.