What Am I Waiting For?

As I mentioned last week, stillness is not something I easily gravitate toward. When I do try to be still, fleeting and few are the moments when I’m “walking on water,” blissfully free from distraction. Even though I know (and teach) that God is doing something on a deeper level, and the success of the prayer is measured by the fruit that appears in our lives, lately I’ve found my life less peaceful. I seem to be going through a season in which I’m acutely aware of my shortcomings.

One evening–at the time of day when I’m more prone to be inundated with self-deprecating thoughts–an idea came to me. What if my prayers are making me more aware of the dogged disappointment I feel? Could God be wanting to do something with this awareness?

The thought returned the next morning when I sat down to pray. I reached for some encouraging words from Anthony de Mello and read about a young man who found centering prayer frustrating but persisted with it. Finally six months later, he began to experience change. De Mello writes,

“This constant, painful, distraction-ridden attempt he was making day after day to expose himself to what seemed to be nothingness and emptiness, to attempt to just quiet his mind and attain some sort of silence through concentration on body sensations or breathing or sounds, was bringing him a new power in his daily living that he hadn’t noticed there before–and power in so great a measure that its presence in his life was unmistakable.”

De Mello goes on to say,

“This is one of the major benefits of this form of prayer: a change in oneself that seems effortless. All the virtues you formerly tried to attain through the exercise of your will power seem to come to you effortlessly now–sincerity, simplicity, kindliness, patience . . .  Addictions seem to drop off without the need for resolutions and effort on one’s part. . .”

As soon as I read that, I remembered how I felt about the virtues I haven’t attained and the addictions I can’t control. Then another thought came to me: what if God just wants to give me what I desire?

God wasn’t drawing attention to my shortcomings in order to scold me, nor was God minimizing them. Instead, God wants to save me from them–even if that simply means finding a way to be at peace with with who I am.

This is what I am waiting for.

It is good to wait quietly for the salvation of the Lord.
–Lamentations 3:26 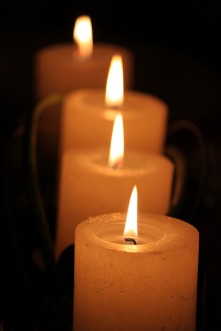 Fred and I attend an Imago Dei group where we gather with other Christian contemplatives for fellowship, worship, sharing, and prayer. Twenty minutes of our time together is dedicated to silent prayer. We are greatly encouraged by this love mischief, and in all the years we have been meeting, no one has ever asked that we shorten or skip this portion of the evening–even though some have fallen asleep and even snored! Many find it easier to pray in silence with others present. De Mello writes, “Silence, when it is deep, can unite.” We have found this to be true and treasure the sense of love and unity we’ve experienced. If you are ever in the Tri-Cities area of Vancouver on a Thursday night and want to join us, let us know. You’d be more than welcome.

3 Responses to What Am I Waiting For?