Are You Going to Wear It? 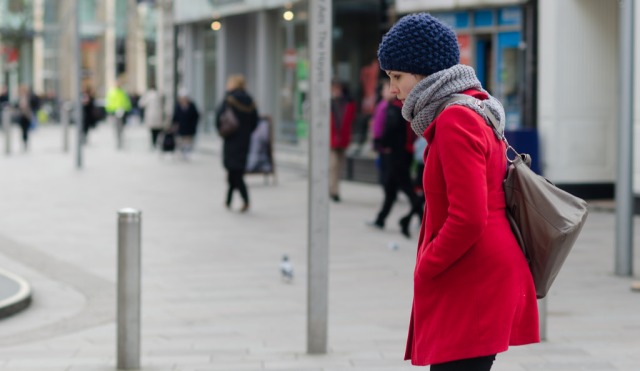 It wasn’t my outfit that offended; it was my belief.

After the disgruntled person walked away, a friend remained and asked me if I was okay. Neither of us had more than a few minutes to talk. I blurted out, “I think I’ve just been shamed.”

My friend took a deep breath and let it out slowly. “Are you going to wear it?” he asked.

His question surprised and relieved me. I had a choice. I didn’t have to accept the heavy judgment placed on me.

This was exactly what I had talked about with Karen in spiritual direction a few weeks before.

“I seem to collect other people’s fears and judgments,” I had said. “I get so weighed down by it all.” I told her about a particular incident that had upset me.

As we sat in God’s presence, I had seen myself draped in a heavy coat of fear. Jesus, filled with compassion, lifted the ill-fitting coat off my shoulders. As he did, I realized that the coat didn’t fit because it wasn’t mine.

Are you going to wear it? Jesus asked me now. I didn’t have to feel ashamed for having a different opinion than someone else. I could let it go.

As I did, peace returned and joy too. I felt grateful for my friend and for God, who had lovingly orchestrated the timely exchange.

Even though I have been reborn into God’s delight, coats of shame, fear and judgment–of all shapes and colours–are still thrust on me. I refuse one and the next day four more take its place. Goodness, has there been a sale on ugly coats?

I breathe in and out slowly.

No matter. I’d rather leave a trail of coats than wear them.

It is for freedom that Christ has set us free.
Stand firm, then, and do not let yourselves
be burdened again by a yoke of slavery.
– Galatians 5:1 (NIV)

Esther is a spiritual director and writer. She lives in Burnaby with her husband, Fred, and they have two grown children and two grandchildren.
View all posts by Esther Hizsa →
This entry was posted in Spiritual Direction, Stories and tagged expectations, fear, freedom, Galatians 5:1, judgment, Just Ard, Just Passing, Martin Hricko, Pure Joy, Weighed down. Bookmark the permalink.