Frederick Buechner once said that if he were to sum up in a few words the essence of everything he was trying to say both as a novelist and as a preacher, it would be this: Listen to your life.

So I’m listening to my life, particularly what God might be saying to me in the incident I wrote about last week when our alternator died.

When that happened I was reading Living Gently in a Violent World by Jean Vanier, founder of L’Arche communities, and Stanley Hauerwas, a professor of theological ethics. They made compelling arguments for the importance of creating and maintaining diverse, unhurried, and stable communities where each person feels accepted and celebrated. The problem of the dead alternator not only illustrated what Vanier and Hauerwas were saying but emphasized the extent to which God goes to create these communities.

A violent world has taught me to value efficiency, economy, and independence above all. If I can solve a problem quickly, cheaply, and without asking anyone for help, I will have “done it right.” But that day in Mazama, Jesus seemed to be saying, “Really? And what does that get you? Proud and alone with a little more money in your wallet. Wouldn’t you rather slow down, admit you need help, and get to know your neighbour?”

Core members of L’Arche community are developmentally disabled. To join this community you need to be willing to slow down and take two hours to eat a meal with a core member or bathe them. Hauerwas dares us to believe that “we have all the time we need to do what needs to be done.”

Thus endeth the lesson of the dead alternator.

Or so I thought. A week later it spoke again.

I spent a sleepless night. I had hoped a certain well-known author would consider writing a foreword for my book. But the long silence after the second e-mail said the one word I didn’t want to hear: no. Disappointment hounded me until I remembered all the kind people that had stopped at the Mazama store that I asked for a ride to Omak. They had all said no.

On retrospect I was glad they did. Their collective “no” spared us from needlessly making the trek home to get the spare alternator and agonizing over how to get a rental car over the border. A no can be a good thing, a good gift.

I went to sleep comforted by that thought.

The next day the dead alternator had still more to say to me.

I was biking home from seeing my spiritual director when I ran over a two-inch nail. It went right the tire and out the sidewall. I turned my bike over and, with a fair bit of effort, pulled out the nail. I replaced the inner tube then biked the remaining twenty-two kilometres back feeling proud of my accomplishment.

When I got home and showed the nail to Fred, he was amazed I made it home with two holes in my tire.

“Good thing we have a spare tire,” I said.

That’s when we discovered we didn’t. In fact, we travelled our whole vacation without a spare along and my tires are 650s and hard to find.

I was pretty ticked off. “You promised you would always bring a spare along when go on bicycling trips. What if this happened when we were on a big ride with my brothers and sister?”

Then I caught myself worshipping the idol of  “efficiency, economy and independence” again. What if that had happened? Would that have been so bad? The dead alternator reminded me that Jesus is with us in every eventuality—and that he often brings a surprise along. 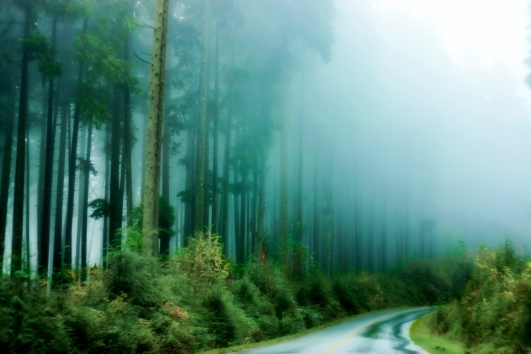 “Listen to your life. See it for the fathomless mystery it is. In the boredom and pain of it, no less than in the excitement and gladness: touch, taste, smell your way to the holy and hidden heart of it, because in the last analysis all moments are key moments, and life itself is grace.”
– Frederick Buechner, Now and Then: A Memoir of Vocation

Esther is a spiritual director and writer. She lives in Burnaby with her husband, Fred, and they have two grown children and two grandchildren.
View all posts by Esther Hizsa →
This entry was posted in Ignatian Spirituality and tagged alternator, Anne Yungwirth, car trouble, Christian, community, Frederick Buechner, L'Arche, Mazama, Stanley Hauerwas. Bookmark the permalink.

2 Responses to The Dead Alternator Speaks