In God I Play 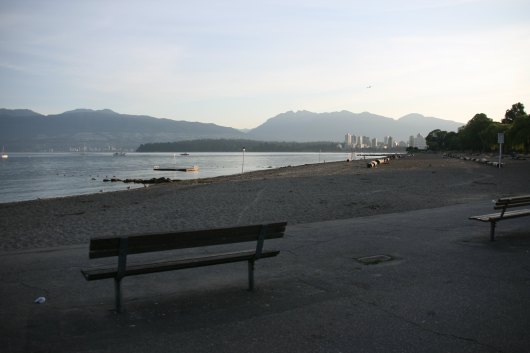 While Fred installed the new radiator, I set out on Gracie to do my first century ride in ten years. The hundred-kilometer route I chose was accessible by public transit which allowed me to get home on my own if I had a breakdown. I cycled the Greenway in Burnaby into Vancouver, along the waterfront to UBC, over the Skytrain bike/pedestrian bridge to Richmond, out to Steveston, through blueberry fields to the Fraser River, over the Queensborough Bridge into New Westminster and back to Burnaby.

When I ride on my own, I tend to keep going and don’t stop often enough to rest and refuel. So I promised Fred I would text him where I was and what I was eating every 20-25 kilometres.

I loved it. I enjoyed views of the ocean, mountains, and rivers, riding under leafy canopies, and chatting with cyclists I met along the way.

A few days later, Fred and I took the ferry to Langdale and cycled the hilly Sunshine Coast to Sechelt and camped in the biker site at Porpoise Bay Provincial Park. We stopped often to sit by the ocean, have coffee, or eat out. We found seaside trails we hadn’t been on before and met a couple from Terrace who were bike-camping with their baby for the past six weeks.

Before the fall, we plan to ride the Galloping Goose Trail in Victoria and through the vineyards around Oliver.

It’s been the first summer in a few years that I haven’t done an 8-day retreat, formatted a book or written sermons. In fact, except for seeing people for spiritual direction, I’ve done nothing but play.

I haven’t had to strive to get close to God. God has come to me in the taste of cherries, the wonder of the night sky when we are far from the city, and the stillness of the forest.

I have featured the love mischief of trees before but Suzanne Simard, professor of forest ecology at the University of British Columbia, has more to say.