O That You Would Vanquish My Fears 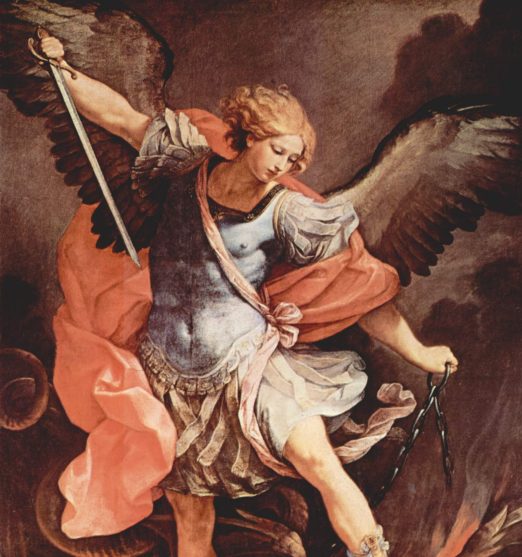 On the fourth day of my eight-day retreat, Father Roshan asked me to pray with three “Sorrowful Mysteries.”

The first memory that returned to me was the day our son, who was sixteen at the time, was leaving for six weeks. Somehow our wires got crossed and Fred ended up leaving to take him to the drop-off spot without me. Those years were difficult ones for our family. I had really wanted to go with them and say goodbye to our son and let him know I loved him.

That feeling of being left behind still cut into me. I wept in my prayer as I pictured myself feeling distraught and bereft. Jesus put his arm around my shoulders and comforted me. In that spacious hour of prayer, he showed me that this fear of being abandoned has been in me since before I was born.

After my prayer, I sat by a creek, listened to the water and looked at the trees. High above me, some birds began squawking. I’ve heard birds squawk until the danger has passed, but these birds didn’t stop. I couldn’t see them, and there was nothing for me to do, but I noticed it.

The memory I returned to in the next prayer was also one in which I felt abandoned. Once again, God was bringing it into the light. This was a fear God wanted to vanquish. I stayed with Jesus and let him love me, but my body was restless. My legs were jumpy and I could hardly sit still. I was as agitated as the squawking birds. Then a cry from deep within came out of me, “I am so afraid of being abandoned.”

I wiped my tears and pictured my friend Theresa holding her godchild’s tiny baby. The newborn was in distress and crying uncontrollably. When Theresa took him in her arms, she felt his hard tummy and instinctively rubbed his tiny feet. She gently stroked his back and kept rubbing his feet until he let out an enormous burp and shortly afterwards filled his diaper. The crying stopped and, after a diaper change, he rested blissfully in her arms.

For the rest of my prayer, Jesus held baby-me, stroking my back and rubbing my tiny feet. I remembered the first words that stood out for me in my retreat: I am with you, encompassing you with love wherever you go.

“I will never leave you or forsake you,” Jesus said gently as I rested blissfully in his arms. 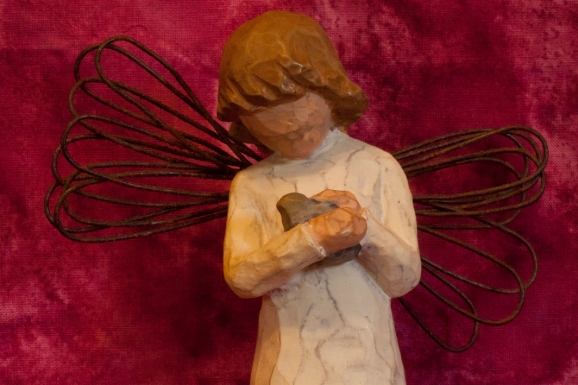 FAQs about My Eight-Day Retreat

The whole time is spent in silence (except for daily meetings with the director). As much as possible, we are encouraged not to speak (verbally or non-verbally), listen to another or give another person eye contact. We are not to use the phone, computer or the internet. The inner space then becomes a private cell for the retreatant to commune with God alone, much like Jesus experienced when he went up the mountain to pray.

Each day we meet with the director. He or she listens to what happened to us in the previous day’s hour-long prayer periods and then assigns us four subjects to pray with based on what they have just heart. The focus of each prayer is either a meditation from scripture, a prayer of imagination with a gospel story or a story from our own lives, or an invitation to meditate on a particularly intimate moment when we encountered Jesus in a previous prayer (called a “Repetition”). After each prayer period, we make brief notes of what happened during our prayer, particularly noting how we felt and how we noticed Jesus responding to us.

During the other twenty hours when we are not intentionally praying, we rest, eat, go for walks or engage in an activity that does not occupy our minds (e.g. no reading, watching TV, video games) and sleep. Some retreatants knit, colour, photograph, or do puzzles. I took the time to draw (with stick figures) what happened in my prayers, tidied cupboards, sat by the creek, went for a walk, napped, and biked from home to UBC and back for my meetings with Father Roshan.

1 Response to O That You Would Vanquish My Fears