“Unless a kernel of wheat falls to the ground and dies, it remains only a single seed,” Jesus said, “But if it dies, it produces many seeds.” Similarly these vibrant evergreens have each grown from a single seed buried in the earth. In springtime their continued growth is seen in the soft, light green tips of their branches.

Everywhere new life is emerging from winter’s tomb: cherry trees blossom, goslings waddle in a row, baby birds chirp from their nests. The earth is not silent; it is joyously proclaiming, “Christ has risen. He has risen indeed.” 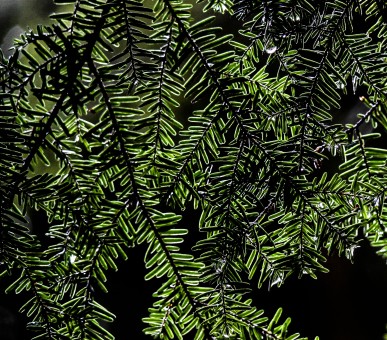 The first mandate God gave us was to tend Earth’s glorious garden and the many creatures
who live in it. Thousands of years later, Jesus commanded us to love God and love our neighbour.  That doesn’t mean we forget our original call to care for creation. Jesus said those two commands summed up all the others, including the very first one. What we love, we will care for.

Go pray outside. Celebrate Earth Day with your other neighbours: the succulent shrub and blossoming vine, as well as ants, beavers, and eagles. Join the universal choir of rocks and trees, skies and seas that declare their Maker’s praise, breathe life on the earth, and still our hearts with awe. 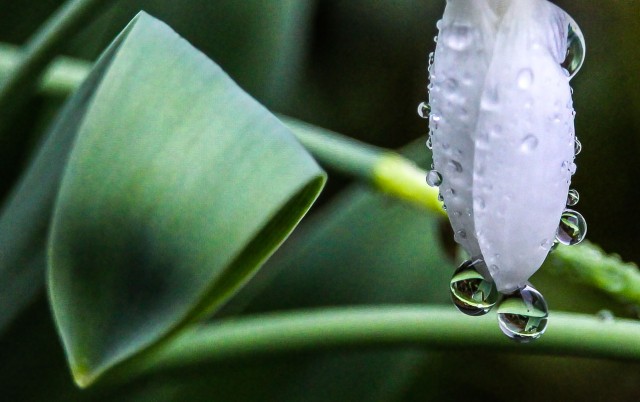 Esther is a spiritual director and writer. She lives in Burnaby with her husband, Fred, and they have two grown children and two grandchildren.
View all posts by Esther Hizsa →
This entry was posted in Creation, Popular Posts, Prayer, Songs and tagged Earth Day, Forest, Genesis 2:15, John 12:24, Luke 10:27, Maltbie D. Babcock, prayer, Rain Drop, resurrection, Texture, This is my Father's World, Twila Savigny. Bookmark the permalink.

2 Responses to Go Pray Outside