Available now on Amazon! Stories of an Everyday Pilgrim is a collection of sixty-eight stories, poems and reflections about God and my everyday life which I wrote before I started this blog. Available in paperback and as an e-book.

Post: Peace, Be Still August 19, 2016 reprinted from Stories of an Everyday Pilgrim by Esther Hizsa ©2015

Post:Responding to the World Contemplatively reposted on Godspace on August 12, 2015

Post: Helping God Save the Earth  reposted on Godspace on August 11, 2015

Story: “Peace Dancing” has been published in A Journey toward Home: Soul Travel from Advent to Lent. This book from Mustard Seed Associates is now available to purchase. Kristin Carroccino, who together with Christine Sine, compiled the book from 55 contributors from around the world, writes, “We have received high praise from our endorsers like Michael Frost commenting ‘Wow! What a beautiful resource. I want to use it!’ Mark Pierson added, ‘I will be using this for years to come.’ Universally those we have sent copies to have recommended it for individual, church and small group use.” For more go to http://msainfo.us/resources/#!/Pre-Order-A-Journey-Toward-Home-Soul-Travel-from-Advent-to-Lent/p/43358604/category=1650008

Post: A Retreat with God was also published on Fuel Radio May 3, 2014

Poem: Pilgrimage was also published on Godspace March 13, 2014. Also in my soon to be published book, Stories of an Everyday Pilgrim.

Story: Peace Dancing was published on Godspace Dec 2, 2013. Also in Stories of an Everyday Pilgrim by Esther Hizsa ©2015 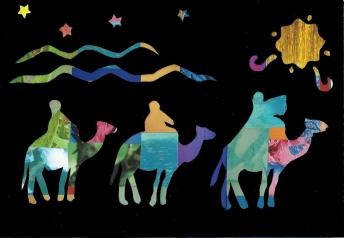 Story: In the Shelter of God’s Wings – Published October 2010 in MB Herald. Also in Stories of an Everyday Pilgrim by Esther Hizsa ©2015

Ride Your Dreams: Songs that will hug your heart- 13 children’s songs about Jesus available on Bandcamp. Download for free or pay whatever you like and the money received will be donated to the Burnaby Task Force On Homelessness.